"For the Love of Gabrielle" 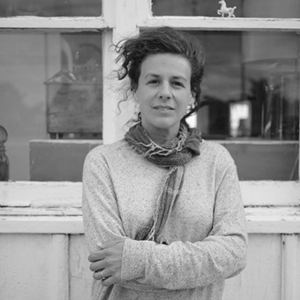 Lena Beug uses simplicity in her approach to comedy. She has received praise for her ability to develop grounded performances and subtly reveal the natural humor in life. Born and raised in western Ireland without a television set, isolation fueled Lena’s creativity and her eye for a slightly deranged-yet-sweet realism. “Everyday life is really quite funny,” she says, “You don’t need to make stuff up. You need only to observe it.”

Lena has helmed campaigns for a wide range of clients, including stylized and energetic “Certified Story Time” for GMC (MRM McCann/Detroit), La-Z-Boy’s rebranding campaign with Kristen Bell (RPA/LA), charming “Meet Emma” for Ebay (Digitas), and heart-tugging “Family” for Vodafone. Her short for Harper’s Bazaar, “For the Love of Gabrielle,” features actress Annabelle Dexter-Jones in an endearingly funny performance and was curated by Adweek’s “Ad of the Day.”

Lena began her career as an art director for MTV’s On-Air Design department, overseeing multiple channel redesigns. She co-created and directed the viral Christmas hit “Merry XXXLMAS,” which was voted the funniest video of the year by Rolling Stone.

Before landing that initial gig with MTV, Lena worked as a photographer’s assistant, a babysitter, and at the prepared foods counter at Dean & Deluca. She currently lives in Brooklyn with her family. When not directing, she makes pots and tries to keep her plants alive.