"Born To Be Wild"

"Cheer For Each Other" 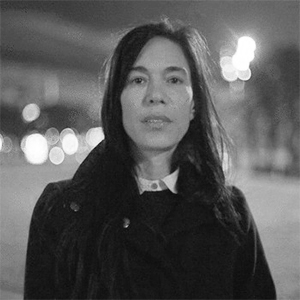 Ramaa Mosley is a director/writer who made her first film at 16, winning the prestigious United Nations Global 500 Award. Over the past 20 years, she has directed feature films and hundreds of award-winning commercials, building a career directing action and genuine human stories. In 2015, she was named one of SHOOT’s Top 10 Female Directors to Watch. She recently led a TedX Talk about being a teen director called “The Power of Adolescent Directors.”

Ramaa’s documentary work has led her to become a vocal advocate for international girl’s and women’s rights, beginning with her turn directing the Afghan segment of Girl Rising — about eight girls around the world struggling to get an education against tremendous odds. It was nominated for Outstanding Documentary at the Image Awards. She later launched the U.S. social media campaign for #BringBackOurGirls to raise awareness of the Chibok schoolgirl kidnapping in Nigeria.

Her first feature, The Brass Teapot, is based on the original comic book of the same name which she co-wrote. Starring Juno Temple (Dirty John, Vinyl), The Brass Teapot premiered at TIFF and was nominated for an International Film Critics Award and Saturn Award. Ramaa’s second feature, Lost Child (aka Tatterdemalion), is dramatic thriller shot in the Ozarks and starring Levin Rambin, Taylor John Smith, and Jim Parrack. The film, which she directed and co-wrote, won Best Narrative Feature at Kansas City FilmFest and Best Actress at the 64th Taormina Film Fest in Italy.

Through her selection for NBC’s Female Forward Program, Ramaa made her television directing debut with her episode of Blindspot, which aired in February 2019. She is also the founder of Adolescent Content, a global Creative GenZ Studio. Ramaa, a seasoned public speaker, recently spoke on a Women in Media panel at Sundance and led a SXSW panel called “The Future of Gender Identities in Art and Media.”