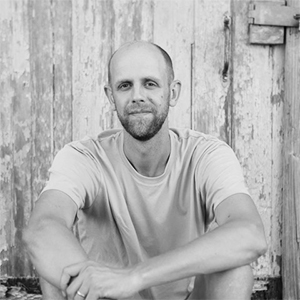 Thomas Beug’s directing work brings together a spontaneous, real-life sensibility with an eye for beautifully composed, cinematic visuals. Nuanced doc-style storytelling is at the heart of his craft and he is happiest when he is telling the stories of weird and wonderful human beings. Thomas has worked with some of the world’s top sports celebrities including Usain Bolt, Simone Biles, and Thierry Henry. Thomas’ only personal sporting claim to fame is a brief stint with the Irish National Ultimate Frisbee Team.

He initially entered the commercial world as employee #8 for Droga5, where he directed a global Adidas campaign featuring Novak Djokovic and Dwight Howard, and a documentary campaign for Puma featuring Usain Bolt. Thomas is a passionate documentarian in his personal work as well: He co-created an independent travel show called This Is My City (currently streaming on Amazon), which brought him to nine different countries and became an online hit with features in The New York Times and The Guardian.

Thomas has worked as a director and showrunner on multiple branded documentary series. Most recently he partnered with Viceland and Adidas Originals acting as showrunner on a series called Never Too Late which examined up-and-coming artists in LA and NYC. Thomas’ commercial and film work has won multiple awards including at The One Show, Cannes Lions, The Fastnet Film Festival, Red Rock Film Festival, and DOC NYC.

Thomas’ other passion is cooking elaborate meals and he lives in Brooklyn with his wife and two kids. He is 6ft 8 but he does not play basketball. He can also report that the weather is exactly the same up there.